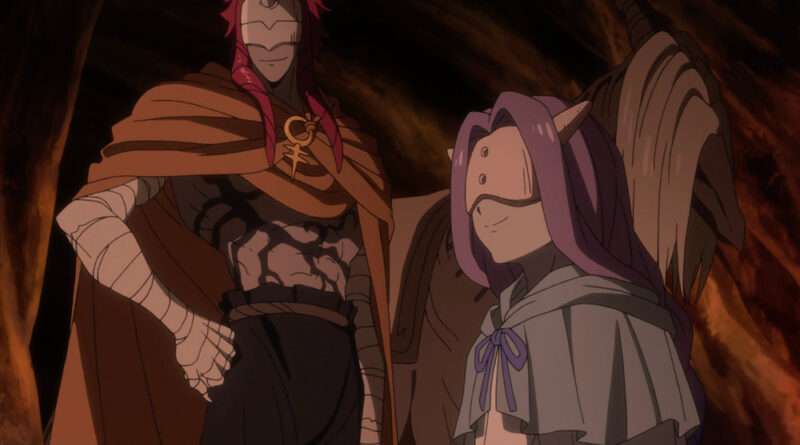 The Promised Neverland Season 2, Episode 3 Leaves Us With More Questions Than Answers (Review)


This week’s episode of The Promised Neverland leaves us with some burning questions about the secret location William Minerva guided the escapee kids to.

Emma, Ray, and the rest of the group have now parted ways with Sonju and Mujika but it’s apparent that while they did not want to eat or kill these kids, the duo still had some sort of ulterior motive. Revealing that the two could’ve reported the kids to the farm and would’ve been able to live comfortably for the next six months if they had chosen to go this route. Despite both demons developing some sort of attachment to the group, they decided they would play their cards for the long haul. Chess not checkers.

Sonju reveals that while he did grow attached to the children, and while they were the top kids of their respective farms and that they would indeed be delicious meals. He would rather wait until they conceive children of their own in the near future in order to begin eating humans again. According to Sonju, there’s nothing preventing him from hunting down natural children as they are not being bred and raised within the plantations as Emma, Ray, and the others were.

It’s an interesting perspective but also one that is undoubtedly questionable when Sonju revealed to Ray and Emma that they do not eat children due to religious beliefs. Today’s revelation doesn’t fit the mold of religious beliefs when looking at it from its exterior layer. Seeing how Mujika doesn’t really have a critical reaction to what Sonju has said, it makes you wonder if she was in on these plans the entire time. Additionally, it makes you wonder why Sonju and Majika are the only demons we see in the forest other than the group of demons who were trying to recapture Emma and her group.

Seeing Sonju head back into the forest to kill those same demons the question begs of whether or not Sonju and Mujika were cast out of the demon group. As an anime-only watcher, this a question that seriously needs to be answered and it shows that there’s more that we need to learn about these demons.

Emma and the group have now found the secret hideout that William Minerva was trying to guide them to, and while they didn’t get to meet the man himself, things on the inside of this bunker aren’t as serendipitous as they seem. A momentary moment of happiness has now turned into an almost nightmarish sense of uncertainty. Although the children were able to figure out a way to keep tabs on the house, a phone call from William Minerva himself leaves the episode on a cliffhanger leaving you with a sense of unease and leaving you with a ton of burning questions.

So many questions, very few answers. But one thing’s for sure, The Promised Neverland just keeps getting better and better as each episode comes along and the mystery surrounding the events this season is truly alluring but also alarming.

The Promised Neverland Season 2 is streaming now on Hulu and Crunchyroll.