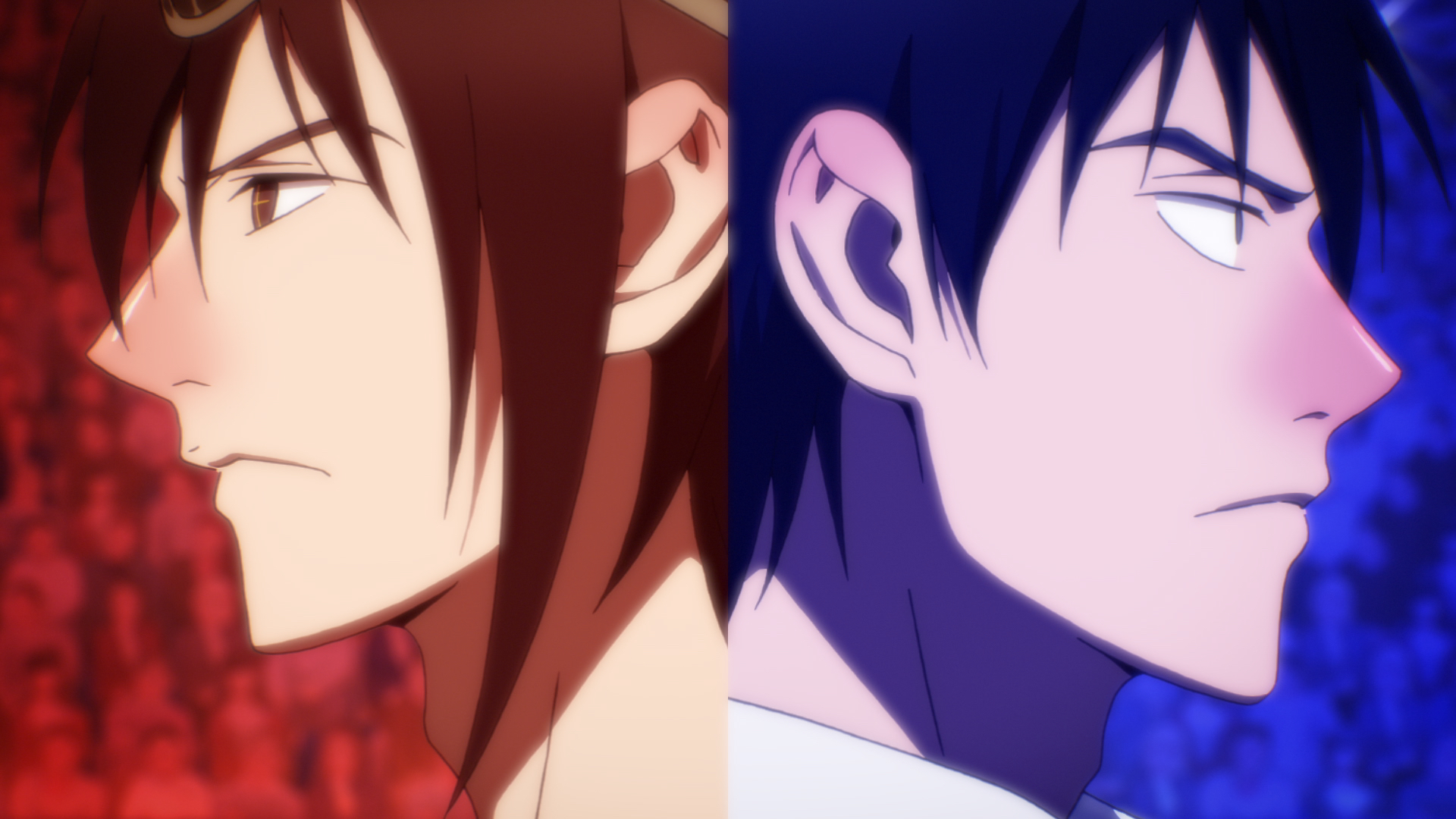 
The God of High School Episodes 4 & 5 are the most emotionally driven episodes of the season thus far.

The first arc of the hit anime series The God of High School has come to a close. Not only did the series up the ante, but these past two episodes also tested the bonds of family and friendships. And of course, delivered some of the most emotionally driven fight sequences we have seen this year (at least for me).

In episode four, titled “Marriage/Bonds” sees Yoo Mira is approached by Oh Seongjin. Feeling like he is a worthy successor to the Moon Light Sword Style, Mira accepts his proposal. Blinded by what seemed to be a heavy burden being lifted off of her shoulder. Jin Mori, Deawi, and Mira’s uncle try their best to convince Mira to not follow through with this wedding.

Despite their best efforts, Mira decides to follow through with the wedding. Forcefully portraying herself to be happy, thinking she has truly found a strong and worthy successor. She believes that all of her life’s work has all lead up to this moment and she has finally made her father proud. Unbeknownst to her, Seongjin is scheming behind her back.

As the wedding nearly becomes official, Jin and Daewi manage to interrupt the ceremony. A fight ensues between Seongjin, Jin and Daewi, ultimately leading to a full encounter between Mira and Seongjin. Through flashbacks, we dive deeper into the mind Yoo Mira and how she actually felt throughout her childhood not enjoying the most basic childhood experiences due to dedicating her life to fulfilling her father’s legacy.

It shows and cemented Yoo Mira’s dedication and loyalty to her family and her dedication to what many would consider a heavy burden. She carries it well and that’s all due to her strong sense of will and unwavering ways. In the process, she learns that Han Daewi and Jin Mori have become more than associates. They’ve truly become friends.

Moving onto episode five which dropped earlier this week; titled “Ronde/Hound”. We see the two semifinal matches. Yoo Mira vs Han Daewi and Jin Mori vs Byeon Jaehee. While Jin Mori makes quick work of Byeon. The matchup between Daewi and Mira was brutal. Daewi lays a massive beating on Mira who was also hurt from her final encounter with Seongjin. Unrelenting, Daewi nearly kills Mira.

Battered and bruised, Mira is out of the God of High School tournament, and Daewi is now set to face Jin Mori in the final match of the tournament to see who moves on ahead from the Seoul Preliminaries. After witnessing Mira receive such a beating, Mori is dead set on defeating Daewi. The stage is set to have these newly formed relationships put to the ultimate test.

How far were they all willing to go in order to come out victorious and reach that ultimate goal and get that wish granted. We know that Daewi wants to use his victory (the wish) to keep his friend alive. On the other hand, Jin Mori simply wants to win and fight the only person who he’s lost a fight against. It’s simple but it’s complicated that it seems, especially when these friendships are put to that ultimate test.

Now the battle between Mori and Daewi was one for the ages. Beautifully animated and beautifully choreographed. Both competitors gave it their all. At this point, this became more of a personal battle than a battle of who’s the better fighter and that alone upped the ante of this fight. More so, that outside of Daewi putting a beating on Yoo Mira, there was nothing that would really pit these two fighters against each other in this way (tournament aside).

Throughout the fight, we see how much of Daewi’s moral compass has really shifted and how he never really considered Jin Mori and Yoo Mira his actual friends. His one and only true friend was bedridden and his survival was the sole reason for him to fight the way he’s been fighting. We also learn that prior to his fight with Yoo Mira, Daewi met with Mujin Park and made a deal with him in order to get his friend treated much sooner since he was essentially, at this point, clinging on to life.

In order for Park to follow through with this contract (which he did), Daewi was to beat both Yoo Mira and Jin Mori in the semifinals and the finals matchups. During his intense battle with Mori, Daewi’s friend passes. Park shows up to the ring to inform Daewi that their deal is null and void due to his unfortunate circumstance.

Dawei loses all will to fight at this point and is now taking an unrelenting beating from Jin Mori…until Mira shows up with a note from Daewi’s friend. A note he wrote to Daewi prior to his death because he knew that he wouldn’t make it and he didn’t want Daewi to keep fighting for him. He wanted Daewi to keep on fighting but for himself.

I haven’t mentioned the flashbacks that really showed us how these two individuals went from rivals to best friends. But that’s where all that emotional context behind Daewi’s actions comes from. And it pulls on your heartstrings a bit cause I’m sure someone out there can relate *cough cough me cough cough* and it shows Daewi’s unwavering loyalty to those he deems important. Which ultimately leads him to come around after his battle with Mori.

Yes, he suffered two major losses back to back (his friend and the match). But in the process, he gained so much more. He gains a sense of relief, and two new friends. Now he no longer has to wander the world alone and broody. It was truly beautiful and its moments like these that stick to me as an anime fan and what makes me want to watch anime so much.

Episode 5 of The God of High School is my favorite so far, but I’m sure there’s more moments like these coming down the line. I haven’t read the Webtoon comic but if I’m setting my hopes up high for this series it’s because of this week’s episode.