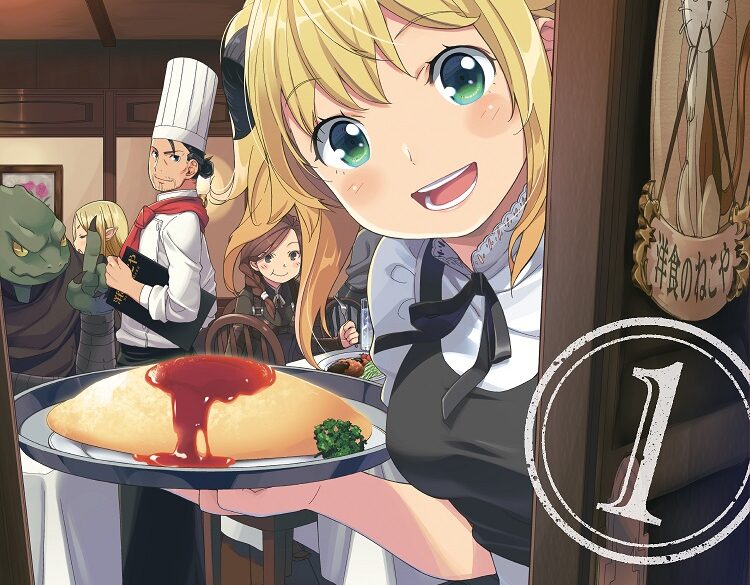 Yen Press incites appetites among readers as it prepares to launch the new culinary-themed manga series – Restaurant to Another World – on June 23rd.

Restaurant From Another World is written by Junpei Inuzuka and features artwork by Katsumi Enami, the illustrator for the popular light novel series Baccano!

The new series is based on the popular light novel of the same name. An anime series is also currently available for streaming on Crunchyroll and Funimation.

Restaurant From Another World Summary:

By all appearances, Western Restaurant Nekoya is a normal restaurant serving normal people — but unbeknownst to the regulars, it also attracts an alternative clientele. Every Saturday, all manner of fantastical beings come to dine, and what is familiar fare to humans can be downright exotic for visitors from beyond. To these customers, Nekoya is known by a different name: Restaurant to Another World.

READERS BEWARE: Reading this manga may lead to uncontrollable drooling and a grumbling belly!

What do you think of this upcoming manga series for Restaurant to Another World? Send us a tweet on Twitter or a DM on Instagram and let us know!

For more news on Restaurant to Another World and other upcoming Yen Press projects, make sure to keep it locked here at The Nerdy Basement. Consider supporting our Patreon as well! It’s a simple way of supporting us so we can keep on providing you with your Nerdy News!

"Kipo and the Age of Wonderbeasts" Season 2: Clawing Up to Exceptional New Heights Next post