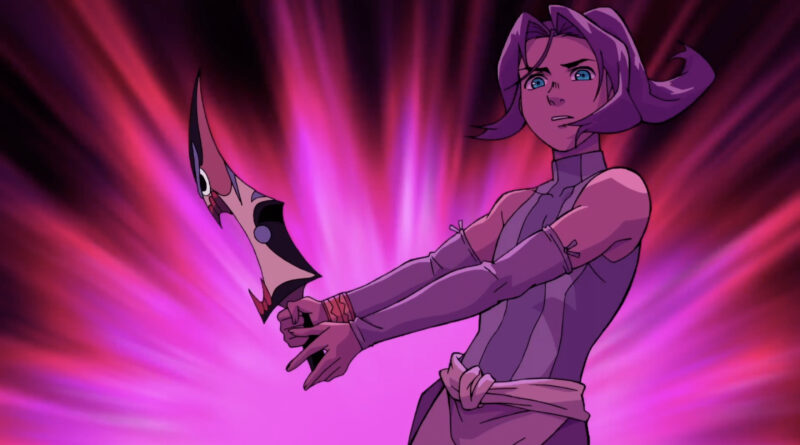 2020 has been a year full of fantastic anime series and Crunchyroll has been at the forefront of that with their unique lineup of original anime series. Debuting just last week was the highly anticipated LatinX series from Sofia Alexander, Onyx Equinox made its debut on Crunchyroll. A story that follows a young boy names Izel and his epic journey across ancient Mesoamerica in a quest to prove to the Gods that humanity is worth saving.

It’s worth noting that the series is full of LatinX talent, from its creator *insert Sofia* and its voice cast *insert actors names*. Most of us are used to watching anime subbed alas voiced by Japanese voice actors, this series is voiced in English by LatinX voice actors and I wholeheartedly feel that it was a costly mistake not having this vast list of LatinX voice actors not voice these characters in the native Spanish language; more so because of the story’s setting.

But I will admit that was a mistake on my behalf for not looking for the Spanish Dub even though, a Spanish Dub shouldn’t have been a second option as I still feel that having the actors voice the show in Spanish should’ve been the initial option and presentation format for this series in terms of representation (I will go back and rewatch the first two episodes in Spanish just to see if I feel that that voice cast brought anything different to the table).

Unfortunately, the English voice acting for the series is strikingly dull and falls flat. Mainly due to some voice actors underacting or overacting certain scenes and poorly executing their line delivery. I’m no voice actor myself but when it comes to watching anime, I think I’ve seen enough anime in both English and Japanese to hear how good these performances really are. This is also one of the main reasons I wanted this show to voiced in Spanish as opposed to English as I mentioned above.

One thing I did like about the series is its artwork. Both for the setting and its characters. It does a swell job at reminding me of old school anime mixed with early 2000s Western animation (ala Avatar: The Last Airbender) which is something I personally enjoyed very very much cause it brought back a sense of nostalgia and a feeling that I was a young kid again watching anime/cartoons on a Saturday morning.

The series also doesn’t hold back from the gory aspects it’s delivering which is something we don’t often see in anime (depending on the series, studio, and of course Eastern and Western censorships, etc). So it’s nice to see that the series isn’t holding back when it comes to those bloody moments and wanting to show how brutal and impactful they can potentially be.

While I enjoyed bits and pieces from these first two episodes I’m still not fully sold on the series just yet. And while I typically don’t turn away a new series based on its first two episodes, this was a series I found myself fighting to continue watching as I was watching these episodes. Which is very telling. The story is there and it is unique, but it has done anything to wow me or to have me begging for the next episode as soon as the current episode finished.

I will give the series a chance though, simply because I want to support LatinX creators in the anime community and because I want to see if the series improves as it goes on. One thing’s for sure though, the soundtrack to the series so far has been incredible and that’s another positive I can give this series in its early stages of livelihood.

Would I recommend this series? Sure. Will I tell you not to watch this series? Not at all. I still want people to support the series even if it’s off to a rough start. And I think it’s important to support anime creators who aren’t solely Japanese. I think there are some amazing stories that can be told in this medium if given the chance. It’s just a matter of proper execution and fan support.