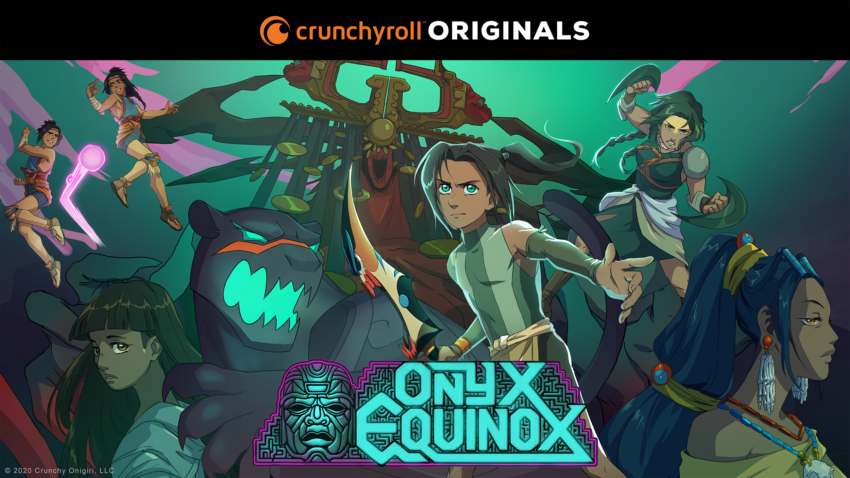 Onyx Equinox follows a young Aztec boy who journeys across Mesoamerica to save humanity.

Crunchyroll, the world’s most popular anime brand, premiered today the first trailer and new key art for “Onyx Equinox,” the upcoming Crunchyroll Original series. “Onyx Equinox” follows a young Aztec boy named Izel who is saved from death by the gods and is chosen to act as ‘humanity’s champion,’ forced to discard his apathy toward his fellow man and prove humanity’s potential. The trailer gives fans a first look at Izel’s epic journey, which will take him across ancient Mesoamerica to save humanity from a war between the gods.

“Onyx Equinox” is a Crunchyroll Studios Production created by Sofia Alexander. The series is coming soon on Crunchyroll.