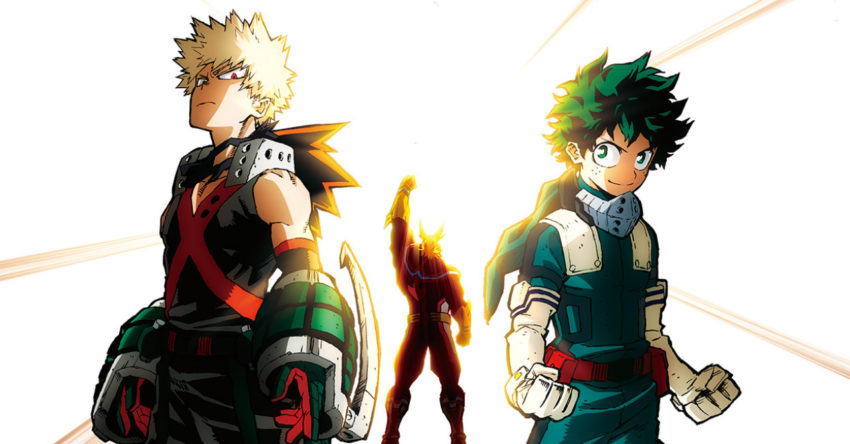 Get ready to go BEYOND, PLUS ULTRA! The teaser trailer for My Hero Academia’s second film HEROES:RISING is here and despite it being a simple teaser, it sure does a great job at teasing another epic outing!

The highlight of the trailer of course is the hinted team-up between Katsuki Bakugou and our beloved Izuku Midoriya aka Deku! And boy, do we LOVE when Bakugou and Deku team up!

While not much else is known about My Hero Academia Heroes: Rising, we do have a release date which is December 20th, Japan only; and an official plot synopsis which teases the epic villain, Nine.

“A must-see story full of passion!! In this movie, Deku, Bakugo, Ochaco, Todoroki, and all the other members of Class A will make an appearance!
Even though All Might was admired by many all around the world, it was with a sad heart that he had to give up his hero role as the Symbol of Peace. Because of this, a dark force who was moving behind the scenes, a villain named Nine who can be considered the greatest villain thus far.

As mentioned in the synopsis and seen in the teaser trailer. Nine will be the main villain but not much is known about this villain’s quirk or what their agenda will be now that All Might is no longer the No.1 Hero of the world or the Symbol of Peace.