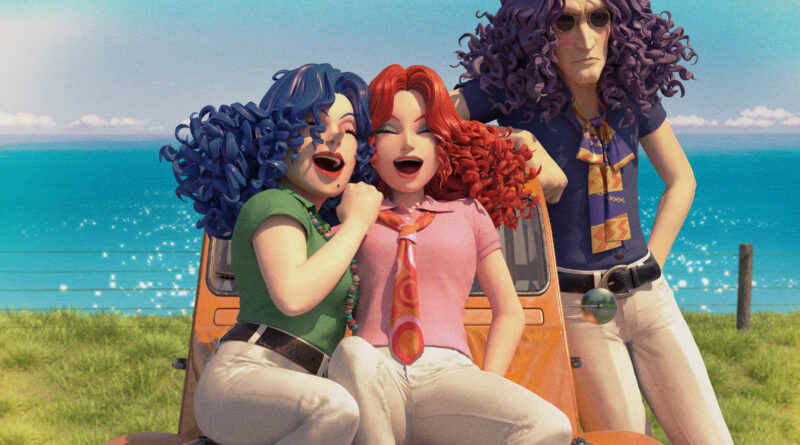 Earwig and The Witch: Studio Ghibli Bring Forth Their First 3DCG Film and Although Entertaining the Film is Hollow (Review)


Earwig and The Witch, Studio Ghibli’s first film in a decade Is Edible But It Doesn’t Quite Deliver

**Warning this article contains minor spoilers for Earwig and The Witch**

It’s been an entire decade since Studio Ghibli has released an anime feature film. This time they are back with their first-ever 3DCG anime feature film in Earwig and The Witch directed by Goro Miyazaki. The film stars Vanessa Marshall as Bella Yaga, Richard E. Grant as The Mandrake, Dan Stevens as Thomas, Taylor Paige Henderson as Earwig, and Kacey Musgraves as Earwig’s mother and follows our titular character Earwig an orphaned girl who is left at an orphanage as a baby by her unnamed mother for unclear reasons.

We quickly jump ahead to a much older Earwig who’s headstrong and loveable but also very manipulative. Going to the extent of having nearly every adult in this orphanage wrapped around her fingers. One day she is adopted by Bella Yaga and The Mandrake. Now Earwig must assimilate to this new life where she isn’t the boss of everyone and is simply looked at as an assistant to the witch Bella Yaga.

Bella Yaga assures Earwig that she is to be her assistant and to help her with everything that needs to be done around the house. Most importantly to never disturb The Mandrake who gets really fired up when disturbed. While this is a twist on the typical grumpy old man trope. It becomes more of a fear-driven trope and comes off as if Bella Yaga would be abused by him if she disturbs him beyond comprehension.

A good chunk of the film is spent watching Earwig trying to convince Bella Yaga to teach her magic and witchcraft. Although Bella Yaga initially agreed, she later takes back her word and refuses to teach Earwig. This causes a some tension between the two in what already is a tension-filled household but luckily for us we have Thomas the Cat to help ease that tension between everyone.

Thomas and Earwig’s newly-formed relationship quickly turns into a manipulative, twisting my arm kind of friendship just so she can learn how to do witchcraft. Earwig is cunning in her ways but it’s also one of her worse traits and is borderline obnoxious in her temper tantrums when she doesn’t get things to go her way. This is coming from someone who has a kid and these kind of temper tantrums are not fun and simply just make you want to pull your hair out.

One of the film’s biggest and most lingering question is who and where is Earwig’s mother. Something the film doesn’t quite answer fully. The film in no way shape or form keeps up with what’s happening with Earwig’s mother to give the viewer some sense of care of urgency for her to get back to Earwig.

I feel like a nice balance could’ve been had if we followed up with Earwig’s mother while also keeping up with Earwig. Especially when she starts asking about her mother. Who she simply calls ‘the red hair lady’.Quite unfortunate that Bella Yaga and The Mandrake never really told Earwig who her mother was and I never quite understood why they never told her this information. Even when The Mandrake reveals who she was and how they all know each other.

Even after that brief flashback to where each member of the rock group Earwig was it still leaves much to be desired in terms of moving the story forward and wanting to know more about these characters and why and how they knew when and where to adopt Earwig to begin with.

Even when Earwig finally meets the red hair lady, we get no resolution or closure about the whole ordeal because that’s where the film ends. I understand that this film is adapting a book of the same name and basically adapted it beat for beat. I think some creative liberties could’ve been taken, 3DCG aside.

At the end of the day while the 3DCG is well done and beautifully animated. While being complimented with great character and world designs and a killer soundtrack. None of these redeeming qualities save the film from being the hollow shell that it is. Ultimately that’s the film’s biggest detriment.

Earwig and The Witch releases in select theaters February 3rd and on HBO Max February 5th.