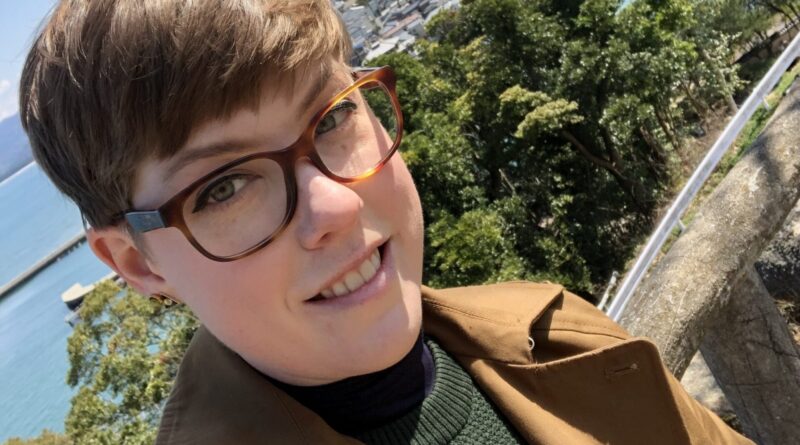 For those unfamiliar with you, tell us a little about yourself.

I oversee the marketing efforts for Crunchyroll Events and the Crunchyroll Store. I lead a team that helps fans engage with the anime they love beyond streaming. I’ve also been a Crunchyroll member myself for many years now – well before I became an employee.

You lead the marketing efforts for the Crunchyroll Anime Awards. Without getting into too many specifics, what does this specific role entail?

It means I’m in a lot of meetings, hahaha. I actually lead not only the marketing, but also oversee much of the Anime Awards as a whole, from the fan voting experience to the creative look and messaging, to how we weave this into being a global celebration.

How do you and the team over at Crunchyroll put together the Anime Awards each and every year?

While we as Crunchyroll don’t select the nominees, there is still much to be done each year. It’s about a half-year process from organizing the judging panel, to bringing voting to life, to celebrating the winners.

In terms of behind the scenes matters, what’s the mindset going in, in wanting to make this award show really fan driver and a full-on weeb/otaku experience?

We take our position as stewards of anime very seriously, and while this is the Crunchyroll Anime Awards, it’s about the anime industry as a whole and the global community it has fostered. And we want to celebrate both! For fans, in particular, one way we’re bringing them into this celebration (aside from voting) is by giving them an easy outlet for sharing who they think the winners will be.

Each year the list of guest judges and presenters expands and varies and this year we have a lot of different creative voices helping put this show together. What is it that you guys look for in creators, bloggers, YouTubers, and celebrities to make you go “let’s bring them on the awards show this year”?

I talk a lot about the global community with Anime Awards, and this plays into our approach to judges as well. We strive to curate a panel of judges that represent large swaths of the huge diversity that can be found in the anime fandom at large. For this year, that has resulted in more than fifty individuals representing an array of countries and cultures.

Favorite anime of all time?

There are so many… I have to call out “Dragon Ball Z” for being my gateway, and “Yuri!!! on Ice” for being a show that allowed me to connect with so many new anime friends. But I’m going to use this space to call out two shows that have left huge impressions on me in recent years in hopes that more people will watch them: “A Place Further Than the Universe” and “Sound Euphonium.”

It’s a tie for me between “JUJUTSU KAISEN” and “Dorohedoro.” I was a fan of the manga for “JUJUTSU KAISEN,” and am loving how the anime is playing out. With “Dorohedoro,” I was completely enraptured by the world and ended up diving into the manga after.

I’m currently reading “Dorohedoro” and “JUJUTSU KAISEN” as mentioned above but have also been keeping up with “Land of the Lustrous” by Haruko Ichikawa for years now. Some of my favorites of all time include “Real” by Takehiko Inoue, “HAIKYU!!” by Haruichi Furudate, and “Ouran High School Host Club” by Bisco Hatori.

It took me several days of intense internal debate to answer this, but here we go. For OP I’m going to go with “BECK: Mongolian Chop Squad” (“Hit in the USA” by Beat Crusaders). For ED, I’m giving it to “Yuri!!! on Ice” (“You Only Live Once” by Wataru Hatano).

If you want to check out these OP and ED Stacy just mentioned you can check them out below! Both are really great songs!

Who’s taking home the Anime of the Year award?

We will all find out together on February 19!

Make sure to tune into the Crunchyroll Anime Awards this later this week! Keep up with us on social media for our live updates on all the winners announced during the event!