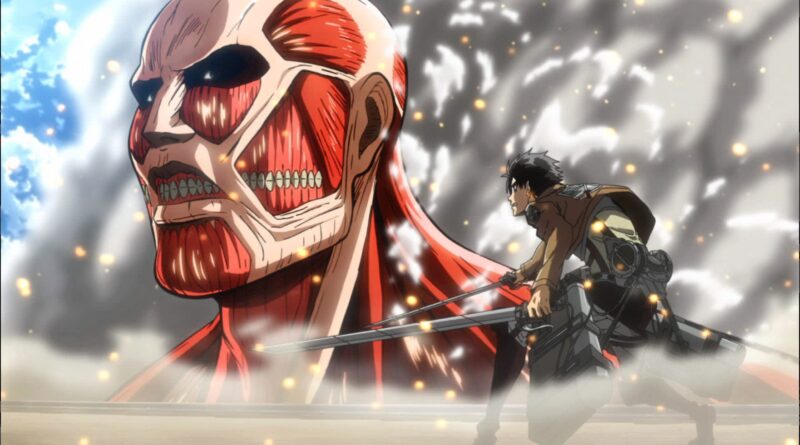 Attack on Titan: 10 Things You Need To Know Before Watching The Final Season

The fourth and final season of Attack on Titan is just around the corner, scheduled for a December 2020 release after being delayed due to complications caused by the Covid-19 pandemic. Attack on Titan is known for its brutal gore, impressive action sequences, and exceptional storytelling. After three seasons we’ve had a lot of revelations and discoveries so it’s only right that you may need a little refresher before heading back beyond the walls of Paradis Island.

Here are 10 things you should know before watching Attack on Titan Season 4.

1. The Walls are filled with Titans:

In the season 2 premiere “Beast Titan” – The survey corps fourth squad leader Hange Zoë discovers a Titan, of a similar size to the Colossal Titan, within one of the walls that was smashed in the fight between the Female titan and Eren Jeager during the season one finale. After this discovery is made she is approached by the Wall Cult and their leader Pastor Nick who urges her to cover the Titan’s face and block it from sunlight. Hange presses the Pastor for answers but he refuses to disclose any information even when he is threatened with death. This leads Hange to the assumption that there must be more Titans filling the walls surrounding the districts.

2. Armin is the new Colossal Titan:

The second half of season three has our protagonists taking back the Shiganshina District after it was overrun with Titans in the early episodes of season one. During this battle, we see plenty of clashes between the survey corps and the Titan shifters. In one of these encounters, Armin sacrifices himself to give Eren the chance to overwhelm Bertholdt, the inhabitant of the Colossal Titan. In the aftermath of the battle, Armin is injected with the titan serum which transforms him into a mindless Titan. He then proceeds to eat Bertolt alive and claim his Titan shifting powers.

3. Titans used to be humans:

Season three of Attack on Titan finally answered the question most people have been asking since the first episode: What are Titans? Through a series of flashbacks detailing the life of Eren Yeager’s Father Grisha, we discover that Titans are created when Eldians (sometimes referred to as subjects of Ymir) are injected with Titan spinal fluid. This is greatly exploited by the people of Marley after a War between the two nations. Mindless Titans are cursed to aimlessly roam the Earth and are only capable of turning back into their human selves if they eat a Titan shifter and gain their powers.

A little side note: the Titan who eats Eren’s Mother in the first episode is actually his Father’s first wife.

You’d be easily forgiven if Christa didn’t leave a huge impression of you after the first two seasons of Attack on Titan, but in the third season it is revealed that she is actually the rightful Queen to the Paradis Throne. This is especially important because as the story continues and begins it’s fourth season we discover that the Royal bloodline is extremely important and is the power behind some of the new powers we see being used by Eren.

5. The world outside of the walls is very different:

One of the main goals that our protagonists have throughout Attack on Titan is to reach Eren Yeager’s house to see what it is that his Father has left for him in their basement. When the characters finally reach their destination it is a surprise to the viewer that what they find is a family photograph of the Yeager family. At first, this may seem like a very underwhelming discovery but when the team starts to discuss it the viewer will realize why this is such a huge revelation.

Life inside the walls has prevented the advancement of all technology and when we see a note left by Grisha explaining that outside of the walls people have created cameras, boats and all manner of things it dawns on the characters that they are the only people afflicted by Titans and that life in other parts of the world is very, very different.

6. Eren is the Coordinate:

In the second season finale, we see Eren come face-to-face with the Titan who ate his Mother in the first episode. He gives Mikasa a heartfelt speech about how he will always protect her. After he fails to transform into his Titan he simply punches the Smiling Titan that is coming straight for him, we see a spark on the screen and suddenly another Titan jumps over him and begins attacking his foe. Within seconds all of the Titans in the area are piling on and tearing apart his Mother’s killer. This power to control Titans is later confirmed to be called The Coordinate.

7. The Beast Titan is Eren’s half-brother:

The inclusion of what seemed to be a “leader” of the enemy was a great thing in season two and it came in the form of the Beast Titan aka Zeke Yeager. During season three’s flashbacks, we find out that Zeke is the first child of Grisha Jeager, making him our protagonist’s half brother. Zeke eventually turns on his Father and takes the side of Marley in his youth. When Zeke comes across Eren in season three he comments that someday he’ll “save him”

8. Erwin sacrificed himself to give Levi a chance to defeat the Beast Titan:

Towards the end of season three’s mission to retake the Shiganshima district, Erwin falls in battle against the Beast Titan. He and the remainder of the survey corps charge at the Beast Titan who takes them out with little to no effort. The Beast Titan laments on how they’ve thrown away their lives for no reason, that is until he realizes that it was a distraction to allow for Levi Ackerman the chance to flank him and take him out (which he does with little effort). The Beast Titan is saved by one of his underlings before Levi can finish him off but their battle is still easily one of the best fights in recent Anime history.

9. The real enemy is the nation of Marley:

For the first two seasons, it almost seemed like the plot was never going to advance past our characters killing wave after wave of mindless Titans (not that I’m complaining). We never learned of who was pulling the strings behind the Titans or why they were here. All of this changed in season three when we learned of the nation of Marley and their long-standing hatred for Paradis Island and it’s inhabitants. We still have a long way to go yet but it’s clear that the conflict between these two nations is far from over, not to mention that this is where our Titan shifting traitors are all from.

10. Eren becoming a Titan was part of a much bigger plan:

In season one when Eren becomes a Titan it seems like a happy coincidence. In season two when Eren gains the power of The Coordinate we start to click on that maybe he’s been destined for these things for a while. In season three we learn that his Father actually inherited the power of the Attack Titan and then turned his son into a mindless and let him eat him so that he would gain the power needed to lead humanity against the Titans.

Eren’s Titan power also has a unique ability to see into the future and past of its users, so it’s fair to say that there’s a chance that Eren actually played a part in leading his Father into handing the power down to him. What we do know for sure is that Eren is playing a huge part in a very detailed plan that has been years in the making.

And there you have it, ten things to remember when going into the new season of Attack on Titan. There are so many cool little details in this show that are used for callbacks and setting up future events but I feel like these ten are probably some of the most impactful events that will set up the final season. I also cannot recommend the manga enough, it is absolutely incredible and if you think you know where the story is going from watching the anime then you’ve got another thing coming. This manga has so many twists and turns it’s always going to shock you.