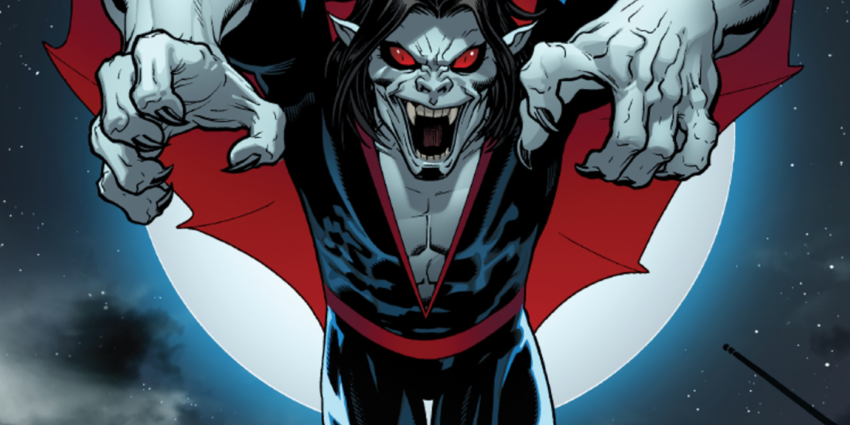 News and rumors surrounding Sony Picture’s Morbius solo film have increased over the weekend. With a trailer slated to arrive tomorrow morning, a couple of still images have leaked online. One giving us our first “official” look at Jared Leto as the titular villain (pictured below), and one featuring what appears to be Toby McGuire’s Spider-Man.

Digging the look? Many fans online have been digging the look of Morbius so far. As reports have been mentioning the past few days, Morbius will have connections to both Spider-Man: Far From Home and the Marvel Cinematic Universe. The film will reportedly have background references to events within the MCU, as well as direct references of Spider-Man; as well as an appearance from J. Jonah Jameson who was last seen in Spider-Man: Far From Home.

Now how does this particular still image connects Morbius to Spider-Man: Far From Home and the MCU? Simple, the word “murderer”. As seen in the post-credit scene from Spider-Man: Far From Home, we see Peter Parker outed as being Spider-Man and framed for killing Quentin Beck aka Mysterio. The biggest question is, why is Sony using Raimi’s Spider-Man suit in order to reference an event that took place in the MCU? We do not know.

What we do know, is that Raimi’s Spider-Man never killed anyone in that trilogy of films. Neither has Spider-Man in the MCU but that’s not where the film left off. The official teaser trailer for Morbius arrives tomorrow, so we’ll have to wait and see how concrete these reference are and how deeply connected Morbius will be to the MCU.

MOON KNIGHT WILL REPORTEDLY START PRODUCTION IN AUGUST Next post