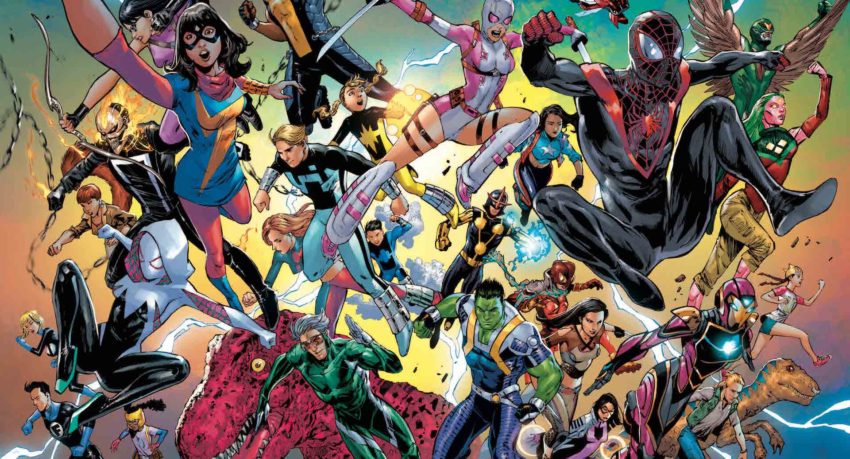 These are exciting times!! When the most recent Champions run came to an end it was very disappointing because I felt like the run was ended too early but with this story on the horizon….. The Future looks bright!!

Outlawed is a one-shot that will have a lasting impact on your favorite Marvel superheroes from Ms. Marvel to Miles Morales and it all starts in Eve L. Ewing and Kim Jacinto’s OUTLAWED! Coming in March, OUTLAWED will throw the lives of Marvel’s youngest heroes into chaos when a law is passed outlawing teenage vigilantes. You won’t want to miss it! For now, see a who’s who of the next generation of Marvel superheroes below in artist Tony Daniel’s epic wraparound variant cover!

OUTLAWED #1 arrives in comic shops, on the Marvel Comics App, and on Marvel.com on March 18th! Keep your eyes peeled for upcoming announcements about the exciting new titles launching out of this monumental one-shot!

REPORT: THE FIRST TRAILER FOR MORBIUS REPORTEDLY HAS A RELEASE DATE Next post