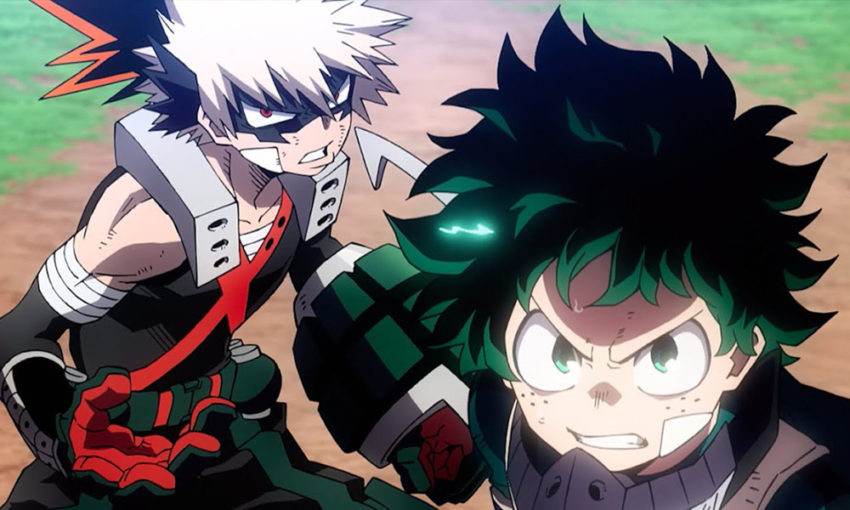 MY HERO ACADEMIA: HEROES RISING TICKETS ARE NOW ON SALE!

Funimation® Films, the theatrical division of Sony Pictures Television’s Funimation, today opened advanced ticketing for the North American theatrical release of “My Hero Academia: Heroes Rising” from Toho Co Ltd. The film will be released on February 26 in more than 1,000 theaters across the U.S., Canada, and the U.K. as a limited theatrical engagement in both Japanese (English subtitles) and English dub. Tickets are now open for pre-sale on the film’s official website.

The second installment from the hit My Hero Academia franchise comes on the heels of the record-breaking launch of “My Hero Academia” Season 4, available to stream on FunimationNow.  The 2018 release of “My Hero Academia: Two Heroes,” the first film from the franchise, was a huge hit with North American audiences, ranking #10 on the Top 10 list of highest-grossing domestic anime films of all time – surpassing “The Wind Rises” ($5.2M) by legendary director Hayao Miyazaki.

My Hero Academia has captivated audiences beyond the core anime and Japanese entertainment fans through unique storytelling around the global superhero phenomenon. The series has introduced a number of diverse characters who each have their own special “Quirk” (a special superhuman ability that a person can have), allowing fans the opportunity to connect with their favorite characters on a personal level. “My Hero Academia: Heroes Rising” serves as a standalone film that will continue bringing superhero action and adventure to a wide range of audiences

The number one hero anime is back in theaters for a battle beyond anything fans have ever seen! Class 1-A visits Nabu Island where they finally get to do some real hero work. The place is so peaceful that it’s more like a vacation … until they’re attacked by a villain with an unfathomable Quirk! His power is eerily familiar, and it looks like Shigaraki had a hand in the plan. But with All Might retired and citizens’ lives on the line, there’s no time for questions. Deku and his friends are the next generations of heroes, and they’re the island’s only hope.

REVIEW: SOMALI AND THE FOREST SPIRIT EPISODE 4 - THE WISHING FLOWER AND THE PROMISE REQUEST Next post